In the Footsteps of Heroes 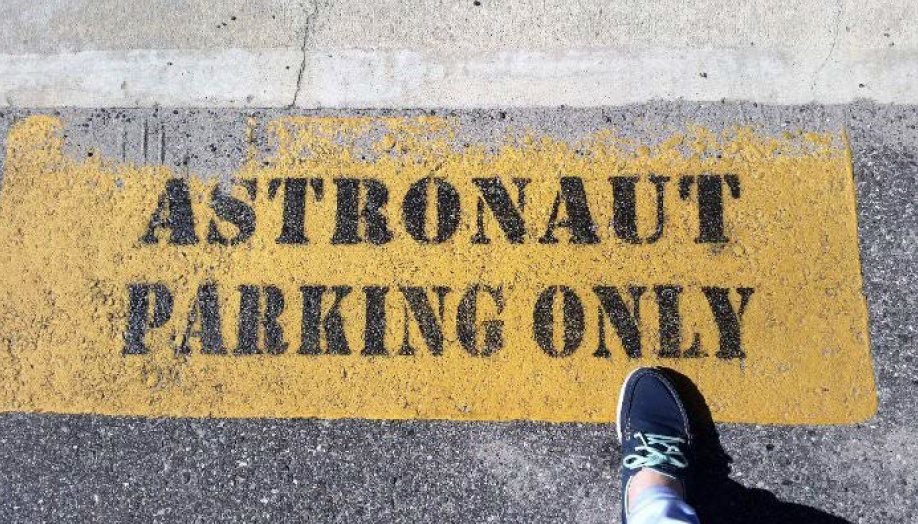 I had the pleasure of presenting fatigue management concepts to the Occupational Safety and Health Cooperative Committee at the Kennedy Space Center in Orlando. And yes, that’s my foot in the photo, proving I was there!

A huge shout out to Darcy Miller and Brian Gloade of NASA for inviting me to address such an important group of leaders, and for the once-in-a-lifetime behind the scenes tour. We’ve all witnessed that defining moment when, on the day of a launch, the astronauts exit through that infamous doorway littered with past mission stickers, smiling, waving, before being whisked away and strapped onto massive rockets that go where few, or no one, has gone before them.

To walk the path of the astronauts as they made their way onto a Mercury, Apollo or Space Shuttle flight was humbling. To view the remnants of the Apollo 1 disaster site, and the debris collected from Challenger and Columbia… words simply cannot describe their courage, or the bravery of those who marched forward from the footsteps left behind.

Such legacies continue to drive space exploration forward and human factors is front and center in ensuring the safety of these noble missions. Their Human Systems Integration Division is world leading in the areas of human performance, human computer interaction, and technology design for both in-flight and ground operations. But its the people, the spirit, the camaraderie that is their heart and soul, proudly displayed through such ways as the signature wall of every worker who has helped to launch a space shuttle.

In other news, the Canadian Space Agency is recruiting potential astronauts for two spots in its program. To date, they have received over 3300 applications. If only I was 30 years younger!